One More Game – The Birth of a Rugby Club 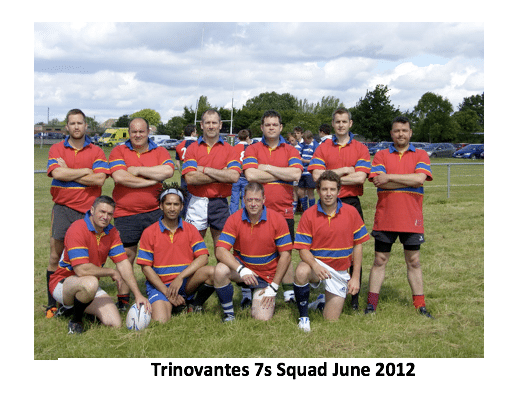 One evening, in 2011, following the Autumn Internationals, a group consisting of 7 ex-players were discussing the concept of one more game of rugby.

. The issue being that nobody wanted to commit to regular weekly or fortnightly games but felt that 5 or 6 games a year would provide the run-outs we craved and allow aged bodies sufficient time to recover. That the group of players were all in their late 40’s or 50’s really should have given us some indication of how ridiculous the idea was. Nevertheless, the germ of an idea had been planted and by the end of the year a nucleus of ex-players had developed to the point that Trinovantes Rugby Football Club was formed. 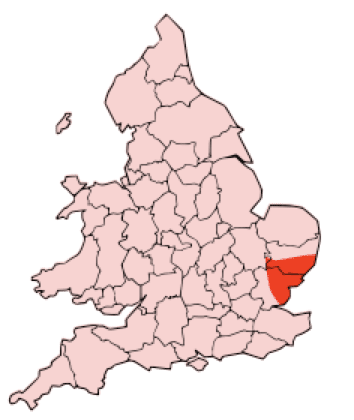 The club was formed with a very clearly defined ethos which espoused the Corinthian spirit of the game and with that set as the aspirational on field aims it was appropriate that the club name would similarly reflect those aims albeit from a locational perspective. One of the group, with an interest in local history suggested adopting the name of the Trinovantes tribe. The Trinovantes (or Trinobantes) were one of numerous Celtic tribes of Pre-Roman Britain whose territory was on the north side of the Thames estuary occupying what is now parts of Essex, Suffolk and Greater London (see map above). Just prior to the Roman invasion `of Britain in 55 and 54BC the Trinovantes were held to be the most powerful tribe in Britain. More powerful even than the famed Iceni tribe. The club stalwarts have always maintained that the reason the Iceni were better known was simply down to a better press officer in Norfolk.

By June of 2012 the club had gathered sufficient players to consider entering the Essex Charity Sevens competition – perhaps wiser heads would have realised that Rugby Sevens is no game for old men. The records attest to this and the squad duly lost all their games without troubling the scoreboard. 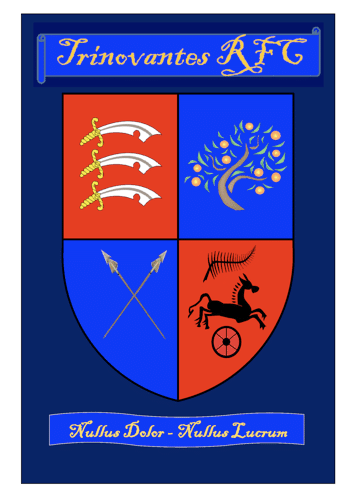 Regardless of the club’s foolhardiness in taking on teams whose members all qualified as young enough to be our sons (in one case grandsons) Essex RFU began to take an interest in the club and regular contact was established. The club was nomadic in that it had no home ground therefore all matches were to be played away. The members designed the club badge which bore the Seaxes of Essex, The Orange Tree emblem – in recognition that the club had been formed on the back of over indulgence of the pub’s liquid refreshments – a pair of crossed spears which the Celtic tribes would have used and three emblems taken from the obverse of a coin from the Trinovantes era. The motto on the badge is Nullus Dolor – Nullus Lucrum (No Pain – No Gain) which given the average age seemed appropriate at the time. 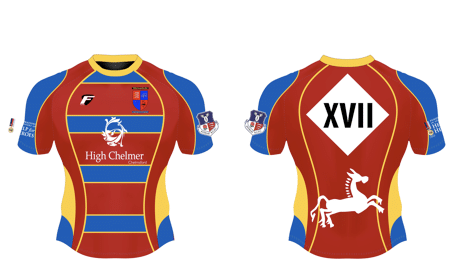 As time passed the club began to develop a mutually beneficial arrangement with Witham RUFC whereby some Trinovantes players played for Witham and some of their players obliged in reverse. In 2015 this was taken further with a Memorandum of Understanding being agreed between the clubs with regular meetings set up with a view to forming a closer bond. Towards the end of 2015 it was clear that between the clubs there were sufficient numbers to support a Witham 2nd team or a Trinovantes 1st XV. The numbers had grown sufficiently for consideration to be given to entering a league and for the 2016/2017 season Witham Trinovantes entered the Essex Merit Tables. By now the original Trinovantes kit had become worn and was clearly showing its age, also, the decision to opt for a traditional cotton shirt was beginning to prove very unpopular with most of the players. This is where the invaluable assistance of Mick McDonagh, Centre Manager of High Chelmer Shopping Centre came in in the form of sponsorship towards the cost of the new kit. The club had been actively fund raising for some time with a new kit in mind and given that the team were now playing within a league structure which demanded sufficient kits for numerous substitutes the additional funds allowed the club to purchase a set of 25 full strips in a new design and a new modern material. The White Horse emblem on the back of the shirt is a further acknowledgement to Trinovantes tribal history; the image appeared on a coin from the era. The club (through Witham RUFC) provides a base for any players wishing to return to rugby after a break or for those who have always wanted to try the game. Training is at Witham on Tuesday and Thursday evenings starting at 7:00pm both nights.

The following photos were taken on the day that the new kit was handed over to Witham Trinovantes by Carley Beck, Deputy Centre Manager, High Chelmer. 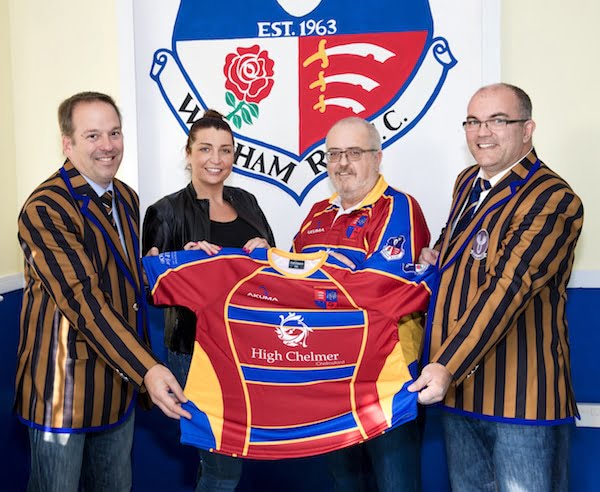 At the time of writing Witham Trinovantes are lying 5th in their Merit Table. A very credible performance in their first year.